KADC brought children in direct contact with the facts about the health risks caused by smoking and second hand smoking aiming the prevention and fighting the habit of smoking among younger generation.

KADC lectured and stimulated active involvement of children in discussing the smoking health risks through the project “Smoking Kills, Why Start?”

The project contained information about the risk causes of tobacco consumption for the human health, the poisons the cigarette smoke contains, substances that cause addiction, causes of passive smoking, and statistics about deaths related to smoking, which were followed with discouraging photographs.

Generally, the lectures have been accepted very well by the children as well as by the teachers and school principals. 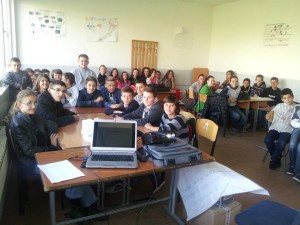 Almost nine thousand pupils of grades seven, eight, and nine have participated in the lectures, including around hundred from the K-Serb community.

Before the lecture, the pupils were asked to prepare an essay and/or a drawing with the motto: “Smoking Kills, Why Start?” which prepared them about the topic and for the lecture.

The pupils came to the lectures with a set of questions, which were mostly related to the causes of smoking, about the consequences of smoking and quitting, about smoking during pregnancy and the causes to the baby.

Very often, pupils asked the question if smoking would help in losing weight and if children exposed to passive smoke could become smokers before even starting it. 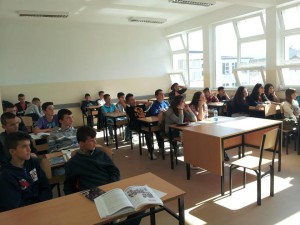 Although an extensive number of teachers followed the lectures, their number was higher in Prishtina. A teacherfrom one school told KADC trainer the day after the lecture that she had quit smoking after having heard the terrifying facts about its causes.

The project met its goals by presenting to almost nine thousand pupils from the K-Albanian, K-Serb, and K-Roma communities newest information about the causes of smoking and raising the awareness of the pupils so that they keep their hands of cigarettes.

KADC trainers lectured in 62 schools in Fushe Kosova / Kosovo Polje, Obiliq/c, Gracanica, Lipjan, Shtime and Prishtina/Pristina municipalities. Furthermore, the schools were provided with the prepared presentation in PowerPoint for later usage and pupils were given two notebooks with a warning picture on the back and an encouraging message for their parents to quit smoking. 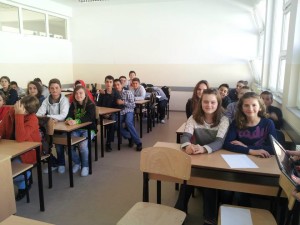